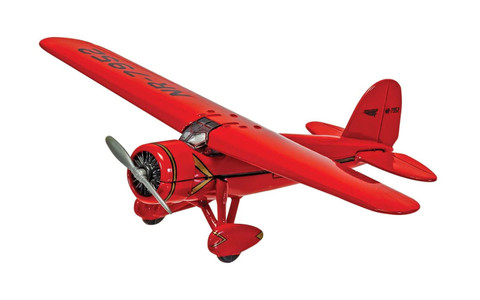 Amelia Earhart’s Lockheed®Vega® 5B A true aviation pioneer, American Amelia Earhart would claim aviation immortality in May 1932, when she piloted her beautiful red Lockheed Vega 5B aircraft on a non-stop fifteen hour flight from Canada to Northern Ireland. In doing so, she became the first woman to fly solo across the Atlantic and only the second person in the world to achieve this historic feat.