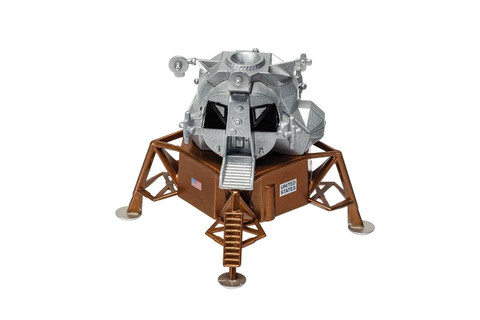 A spacecraft which possesses something of an ungainly appearance, NASA’s Lunar Module is definitely one of the most instantly recognisable vehicles designed by man, thanks to the historic Apollo 11 moonwalk which took place on 20th July 1969. Incapable of flight in earth’s atmosphere, the Lunar Module took humans to the surface of the moon and brought them back to the orbiting Command.