Describing the Junkers Ju87 Stuka as one of the most famous aircraft of WWII would certainly be accurate, although it could be argued that the word infamous would be more appropriate - the Stuka was without doubt, one of the most terrifying weapons from the early years of the Second World War. Taking a huge toll on Allied shipping, armoured vehicles and general military and civilian infrastructure, the Stuka was a close air support and strike attack aircraft, capable of providing precision bombing support to advancing Wehrmacht ground units. Destroying strategically important targets before they could become a problem, these aircraft were feared more than any other weapon during the opening months of the Second World War, with the sight (and sound) of approaching Stukas usually signifying that devastation was heading your way. During the Battle of Britain, the RAF exposed the deficiencies of the Stuka in combat and they took a heavy toll of these much vaunted dive bombers. Losses became so severe that Stuka operations over England were restricted to night raids against coastal targets in the South East during the winter of 1940, with these aircraft being specially prepared for nocturnal operations. With the light blue under-surfaces completely overpainted with a black wash, all national insignia and most unit markings were also blacked out, in an attempt to make the aircraft less vulnerable to night detection by Britain’s defences. 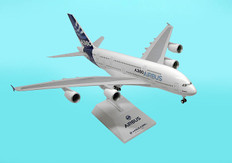