British European Airways was one of the major players in European air traffic in the early post-war years, and also had decisive influence on the development of aircraft that emerged during this period, such as the then revolutionary Vickers Viscount. As launching customer, BEA put its first Viscounts into service in 1953. Later in 1968, this Viscount, together with the entire BEA fleet received the new “Speedjack” livery with the Union Jack adorning its stabilizer and the wings painted in striking red. 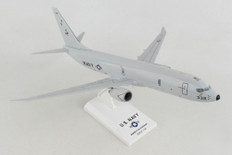