ABOUT US "Our story"

It started in 1973 when, at the tender age of 15, I was out riding my bike and saw a British Caledonian BAC 1-11 land at London Gatwick Airport. That day was the starting point for my lifetime interest in aviation.

At first my hobby was an enjoyable past time of collecting as many airplane registration numbers as possible. It involved many trips to London Heathrow Airport and air shows like Farnborough. I collected numbers up until around 1977, but working full time left me little time to go plane spotting. I decided take pictures of aircraft rather than just the registrations.

Then nothing happened with my hobby for about 15 years, until late 1997, when I went through all my airplane pictures. I realized that many of the planes I captured on film are no longer around, and it made me want to share my pictures. As the Internet was becoming a more common medium, I decided to build a website for displaying my pictures. I thought I might even sell a few while I was at it.

To come up with a name for the website, I sat down and brainstormed names on a piece of paper. “Airplanesdaysgonby.com” was too long, so was “Archiveaircraftpictures.com.” My wife interrupted and said how about “anoraks.com” -- she always understood me. But she then came up with “aircraftspotter.com.” After some thought, we shortened it to “Airspotters.com.”

Initially, we had no models on the website, just pictures. This was before there was broadband. I spent many hours uploading pictures, only to find later that when you tried to view it, you could walk the dog and have tea before the picture popped up on screen. I didn't sell many pictures. After all, with so many pictures on the Internet available for free viewing, who was going to buy mine? All the pictures are currently on video and I hope to release them on DVD eventually.

Things were left pretty much as it was for a few years. The turning point came one day when I looked through a local paper and saw aircraft models for sale! The paper was a few days old and I was sure the models would have all been sold. I telephoned anyway and was greeted by the voice of a lady who said she still had the models as the original buyer had failed to turn up. Like a shot out of a gun, I was at her house in no time.

I was amazed -- she had stored away over 200 models after her husband died a few years ago, but now she felt it was time to sell and let others have them. I explained that I would keep some models, but I would sell the rest, as I was not going to want them all. Before I knew it I was carrying boxes of models to my car. I was pleased with the purchase and thought I would sell the ones I didn't want on eBay.

That was my first step in selling models on the Internet. From there, I got emails asking for other models or more models of the one I just sold. The next few months saw dramatic changes to Airspotters.com. We went broadband and upgraded the site to a business account. We started looking for suppliers of models at trade prices. We searched the Internet and emailed various people only to find that they were not suppliers of models.

Almost giving up, I emailed Flight Miniatures, which had come up a few times in our searches, and we was pleasantly surprised at the speed of the reply from someone we only knew as Shane. We asked if we could order a few models to see what they were like and he agreed. The first order arrived in a few days; we were impressed. Only a few models, but this was the real start of Airspotters.com as we know it today. We posted the models on the website and signed up with Flight Miniatures to use their images. Shane gets top marks as a man who cannot do enough for you.

I had to leave a well-paid job due to a recurring back injury after a serious fall, so now Airspotters.com has become my full-time job, and it is something I can do. My staff is my family and friends. My wife is my best work colleague and takes an active role in helping run Airspotters.com. She is hoping soon to leave her 9-5 job and come onboard full time. I would like to pay tribute to her support in this venture -- she has been a diamond, as they say. It has not been all plain sailing of course. We have encountered a few hiccups along the way as with most ventures, but we feel we are getting somewhere. As a friend said to me, “You got off the runway and now the long haul flight is about to begin; but remember to enjoy the scenery on the way and it is not all straight flying either….”

We used to work from home but not anymore in 2009 we moved to our new premises and have never looked back. picking stock from proper warehouse shelves is so much better then scrabbling around in boxes in the back bedroom. Having a proper desk and carpeted office is so much better then the alcove in the bedroom. And most importantly to be able to let customers pop in and see us here and browse and buy and have a chat is too much nicer. And we got help now as well Safestore staff are happy to help and we have other family members now actively taking a role in progressing our business forward.

Peter came on board in April 2013 after a lifetime companies with top companies like Corgi. He was working for my supplier for many years and then decided to join me after the supplier moved location.

The first few months have been exciting and Peter has added that special something that i lacked. Customer have endorsed his involvement into the business.

A year has passed and Peter is at the forefront of Airpsotters.com, we have grown the business by nearly 30% in that time. Peter had his first Christmas which even he said was far busier then he had expected.

This year we are expanding into bigger and better ranges and adding most up to date software to our site to help you shop better.

In the next few months, the website will become faster and more mobile compatible as we keep up with advances made on the internet. Our social media audience grows at a fast rate of 1500 new people every week that find Airspotters.com for the first time.

2014 is an exciting time we already been involved with filming with Northamptonshire county council with GNU Films and there is more film work in the pipeline hopefully.

We have now refitted our showroom and are very pleased with the finish we have achieved as we got so much more product on display than ever before.

We are moving to a larger office this time and will be in our new location by the 1st July 2018. The website has been fully updated and we have also implemented GDPR rules. 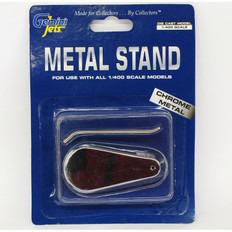 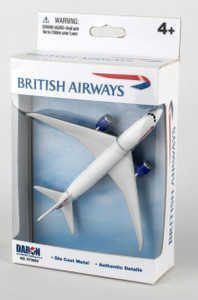 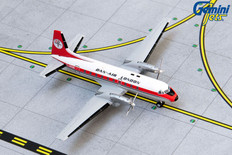 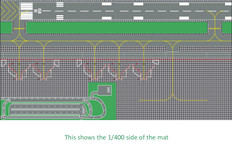