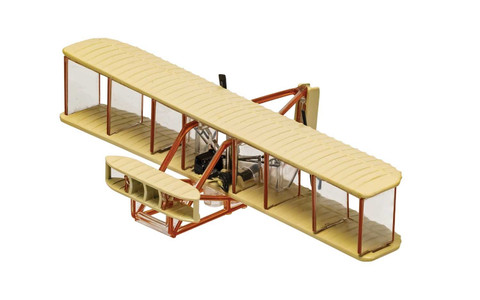 1903 Wright Flyer An aeroplane from which most other aircraft can trace their lineage, the distinctive Wright Flyer heralded a real advancement in man’s dream of gaining mastery of the air, when it made its first flight on 17th December 1903. Although this flight only lasted for around twelve seconds and covered a relatively modest distance of 120ft, they had just performed one of mankind’s greatest achievements.